Free Download: Learn the 10 Things That Happen When You Die

Spaghetti on the Floor One day in my high school English class, our teacher told us we were having a guest speaker.  That excited everyone because it meant no work in class.  All we had to do was sit back and listen.

So this man walks in and he’s carrying a satchel.  The teacher introduced him (his name was John) and left him alone in the front of the class.

The man seemed a little unprepared as he fumbled around in his satchel.  Eventually he pulled out a box.  It looked like a box of dry spaghetti noodles actually.

As he lifted up the box, the bottom opened up and noodles went flying everywhere, all over the floor.

What happened next was something I’d remember for decades.

John looked down at all the noodles and appeared extremely embarrassed and almost defeated.

There was some laughter in the room at his plight.

All I could think of was, “Oh wow, he must feel so embarrassed right now.  This poor man, what a first impression he’s making!”

He bent down and started picking up the noodles one at a time.  He said nothing.

The laughter stopped and the room was quiet.

What would happen next?

The longer he spent picking up noodles, the more my body twitched.  I almost got out of my chair to help him, but I didn’t want to be the only one, so I settled into my chair and hoped this poor guy would hurry.  People were uncomfortable.

Finally, a young man in our class, Mike, got out of his chair, walked to the front, and said “Here, let me help you.”  He bent down and immediately began picking up noodles with this man.

I felt relief.  Finally, someone was helping him.

No one else got out of their chair though.  Not one other person helped gather spaghetti.

Finally after what seemed like forever, they had all the spaghetti in hand and John put it back in the box.  Mike sat down.  John looked at the class and asked a question of the group.

“Why didn’t any of the rest of you get up and help me pick up the spaghetti?”

There was uncomfortable silence.  People shifted in their seats.  I, myself, felt shame.

He said again, “You saw me struggling with a problem, a problem you were physically capable of helping me with, yet only one among you got up and helped me.  Why?”

At this point we all realized he had staged the spaghetti incident to run a social experiment on us.

Still, no one answered, so he turned to Mike and said, “You, sir.  You got up and helped me.  Why did you do that?”

Mike shrugged and said, “It was the right thing to do.”

John nodded at Mike and turned back to the class.  “Did any of you want to help me but made a conscious decision not to?”

Several people raised their hand or nodded.  I was one of them.

John said, “Why?  What prevented you from getting out of your seat to help?”

A girl in class said, “I was too embarrassed.  I didn’t want to be part of your embarrassment.”

A boy said, “I didn’t want to be the center of attention.”

John nodded and said, “How many of you had no desire to help me at all?”

A few people raised their hand.

One guy volunteered, “It wasn’t my problem.  It was your problem.  I felt no desire to help you clean up the mess you made.”

A girl said, “To be honest, I thought you were clumsy and stupid, and I didn’t want to be associated with you.”

John nodded and said, “I understand.”

Then he turned to the class and said, “What did you guys think of this young man here when he got up from his seat to help me?”

“I thought he was an idiot.”

“I thought he was kind.”

“I was happy someone was helping you.’

“It made me feel bad because I was too afraid to help you.”

John said, “I want you to think about compassion and action.  Do you want to go through your life pointing and laughing at people who need help, or do you want to be the person that helps someone in need?”

He continued, “You can always sit back and watch people struggle. This guy over here was right, it wasn’t his problem.  It wasn’t his fault all the spaghetti was on the floor.  He was under no obligation to help me pick it up.”

Then he looked back at Mike, “But this young man chose to help me even though it wasn’t his problem.  Imagine what the world would look like if people aided others in times of stress.”

John continued, “When Mike helped me, it took half the time to get all the spaghetti up off the floor.  Imagine how quickly that problem would have been solved if 30 of you helped pick up spaghetti off the floor.”

John spoke a little while longer about character, compassion, and deciding how we wanted to show up in the world. He ended his speech and we applauded him.

Then he took all the spaghetti out of the box and tossed it onto the floor again.

People laughed, others groaned, but about 15 of us got out of our chairs immediately and began helping him pick it up.  The rest sat in their seats and watched.

I learned a valuable lesson that day.  I decided I wanted to show up for others the same way I’d want them to show up for me if I had a problem or needed help.

I decided I wanted to be a helper, when I could, where I could, in whatever capacity I could, and that I wouldn’t let fear or shame stop me.

This principle has guided my life for decades.  I am grateful to this man, John, for helping me see who I wanted to be.

Have you had an experience like this that shaped you to your core? An experience that stayed with you for life and made you who you are today? 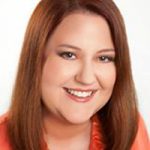